A large number of people think that a divorce case can only have two outcomes. The first of these outcomes is a judgement in favour of the husband, while the second is a judgment in favour of the wife. Not known to many is the fact that divorce proceedings can have a third outcome whereby the presiding judge refuses to divorce the two parties.

What Are Some Common Grounds For Denial?

In a large number of jurisdictions, a presiding judge cannot grant a divorce if the accusing spouse fails to provide sufficient evidence of the fault ground on which the divorce is based. Fault ground refers to the reason for which the spouse filed for divorce. Common fault grounds include adultery, abandonment, and domestic violence among others. Failure to prove the occurrence of such fault beyond reasonable doubt leaves the presiding judge no other option but to deny the request for divorce.

Divorce can also be denied for procedural reasons. For example, in the event that one spouse is not a resident of the state in which the divorce was filed, the presiding judge may have to dismiss the case on procedural grounds. Failure to serve the other party with divorce papers as required may also act as grounds for denial.

What Next After Denial?

Denial of the request for divorce is not the end of the road. It is somewhat inhuman to force individuals to remain married to each other, and the courts understand this. There are various legal avenues designed to help spouses get around the problem of denial.

Among the most common of these avenues is re-filing for the divorce as a "no fault divorce". A "no fault" divorce is one in which the couple is deemed to have irreconcilable differences. The spouse filing for divorce does not accuse the other spouse of any fault. As such, the need to prove fault grounds beyond reasonable doubt is eliminated.

Affected individuals may also choose to appeal the outcome of the divorce proceedings in a higher-ranked court. This is a viable option for spouses who may have failed to prove fault the first time, but have since gathered sufficient evidence to back up their claims.

It would be best to hire the services of a competent lawyer specialising in family law immediately the judge passes the judgment that the divorce request has been denied. 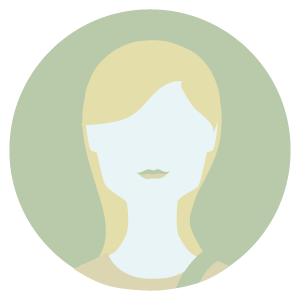 I can't believe that my husband has been cheating on me for all of these years. He made up so many stories about work trips and the whole time he was having an affair. It's not just the lying that gets me, but the fact that he took so much energy and attention away from our family and kids to spend on his girlfriend. People keep telling me to give it time but there is no way I can forgive his deceit. It's time to get divorced and I plan to make him pay for what he has done to our family.